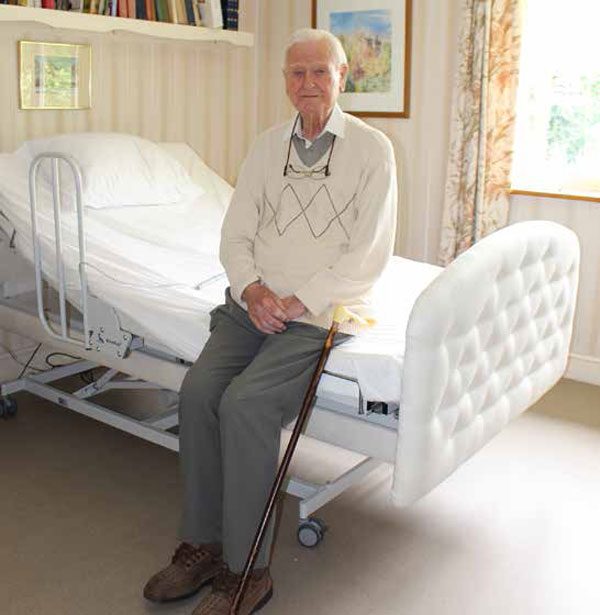 96-year-old Tom Neil is a famous Royal Air Force fighter pilot and ‘Ace’ of the Second World War who is benefitting from better sleep and more comfort thanks to a powered profiling and rotational bed.

Tom is a highly respected veteran of WW2 and completed 141 combat missions for the RAF during the Battle of Britain. He is the last surviving ‘Ace’ from this historic engagement and has published several books recalling his experiences flying Hurricanes and Spitfires between 1938-1964. Tom has multiple awards for bravery, held the position of Chairman of the Fighter Pilot’s Association and was a key figure in the 75th anniversary commemoration of the Battle of Britain.

Now approaching the age of 97 Tom still retains his determined yet gentlemanly persona – along with a desire to remain independent at home for as long as possible. Tom does not want full or part-time professional carers just yet and only has assistance from his sons a few days per week.

Tom wants to remain as active as possible on his own terms so chooses to use assistive equipment. Getting in and out of bed without assistance was becoming more of a challenge as was achieving a comfortable position at night. Tom spent a few years discussing possible solutions with his late wife until he decided upon ownership of an electrically powered Rotoflex bed from Theraposture.

My Rotoflex is as comfy as a Spitfire. At last I can sleep better at night.

The Rotoflex is available as either a bed for one person or part of a double combination that can be shared by couples. Every design is available in a variety of surrounds and conceals precision German-engineered mechanisms that provide smooth and quiet functionality. There is only one Rotoflex – an ergonomic rotating bed that includes a vertical seat lift for safe and controlled sit-to-stand transfers. Tom is able to benefit greatly from a sophisticated and accomplished proven solution that has been developed and continually improved for over 20 years.

Tom has owned his Rotoflex bed for a few months and is delighted with the support it has provided.

“I had considered an assistive bed for sometime but did not want a piece of apparatus that looked like a hospital bed. This is my 38th home after being stationed all round the world and I want it to remain the same. I saw the Rotoflex in an advert and was impressed with its abilities, it is my understanding that it is the best rotational bed on the market. Key to my decision was that it was practical, easily controllable and looked like a domestic bed.” 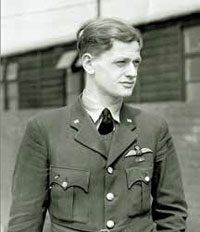 Tom pictured during the Battle of Britain

With ownership of a Rotoflex from Theraposture Tom has the extra support he needs to access his bed safely and on his own terms. He currently does not need to use all of the bed’s functionality but feels it is essential for the future.

Following a visit to his Suffolk home by one of Theraposture’s Trusted Assessors, the Rotoflex was deemed appropriate for Tom as it would provide increased comfort, support and safety. Tom chose a 4’6’’ wide Rotoflex for increased space to relax and a Damask upholstered surround. The bed is ideally suited to Tom’s decor and its castors ensure the Rotoflex can be moved easily for floor cleaning.

“My Rotoflex is as comfy as a Spitfire. When you are very old you need to move around and readjust yourself regularly to remain comfortable. The movement of my Rotoflex helps me adjust my position without difficultly day or night, this is the joy of the bed.”

“We are continuing to help Dad remain as active as possible as we know his independence is important to him. We are avoiding as much full-time care assistance as possible for now – helped significantly by the Rotoflex. Its lying to seated powered action has greatly improved Dad’s sleeping arrangements and is a major factor in keeping him at home for as long as possible. As a family, we love being here together in our final family home which Dad built nearly 40 years ago. We don’t want that to change for anything – the Rotoflex has made that possible”.

“When you introduce full time carers you quickly become dependent upon them and your capacity to function can deteriorate quickly. This is why we continue to challenge Dad with tasks that are fair and achievable.”

“My son took my car away so I cannot drive anymore which I was not happy about but is probably best. At least I can still move around the house and get in and out of bed on my own. The Theraposture Assessors and installers were impeccable and reassured me. At last I can sleep better at night.”